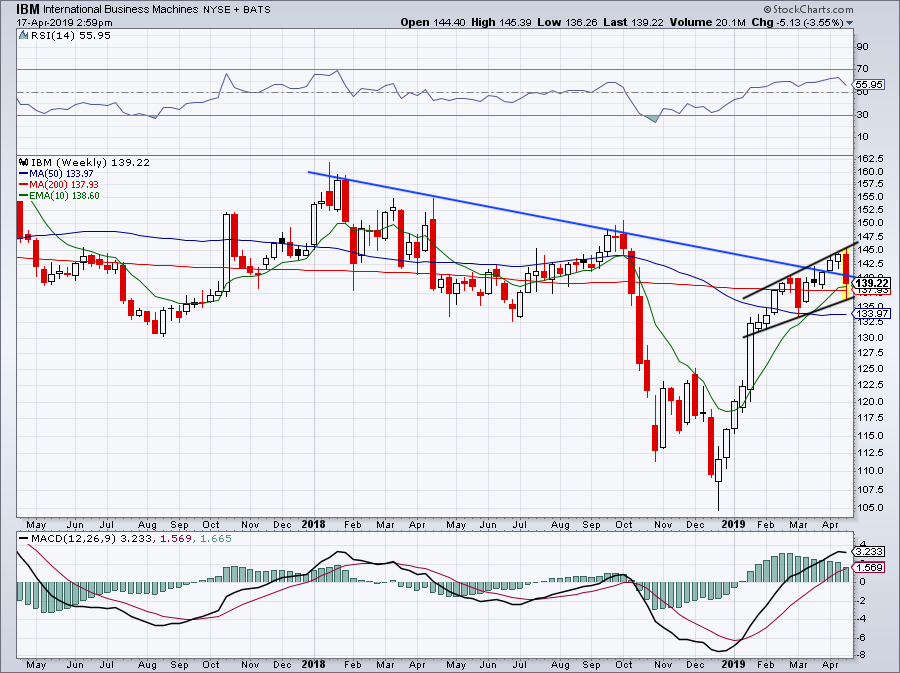 The bears couldn’t keep the CBOE VIX index elevated in Wednesday trading while earnings reports continue to flow in. It’s going to be another busy day on Thursday in that regard, although be mindful of Friday, when the markets are closed for the holiday. Let’s get a look at some top stock trades on Wednesday.

I have never been a huge fan of IBM (NYSE:IBM) as its growth remains painfully disappointing. However, the stock has been trading much better.

Shares are down “just” 4% on Wednesday after the company reported first-quarter earnings and this will be an important one to watch this week. I would like to see IBM hold $140 — a little above current levels — but as long as it can maintain its current prices, it’s technically okay on the weekly chart.

Over $138 keeps it above all of its major moving averages and above its post-earnings low. Above $140 and IBM stock will still be above prior downtrend resistance. The good news? We’ll know a day early, as this weekly candle will be finished on Thursday at 4 p.m. ET. 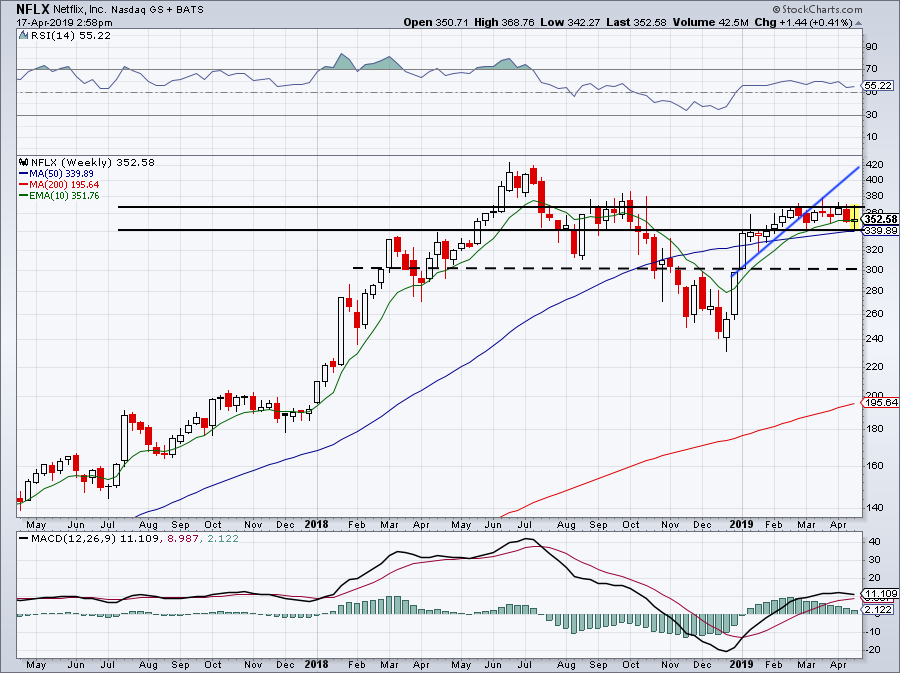 Above is a weekly chart of Netflix (NASDAQ:NFLX) stock, while below is a daily look at the streaming giant. This stock has been astoundingly quiet considering it’s usually explosive moves — particularly on earnings!

Above, shares are clinging to the 10-week and 50-week moving averages. Should it lose these levels, it could open the door to lower prices. On that chart, $300 is a big, round level that stands out.

On the daily chart though, there could be some buyers waiting for a dip down to the $310 to $320 level. Over $370 on both charts will revitalize NFLX stock. This is a momentum stock and the lack of bullish momentum here is a concern to me, especially on earnings. 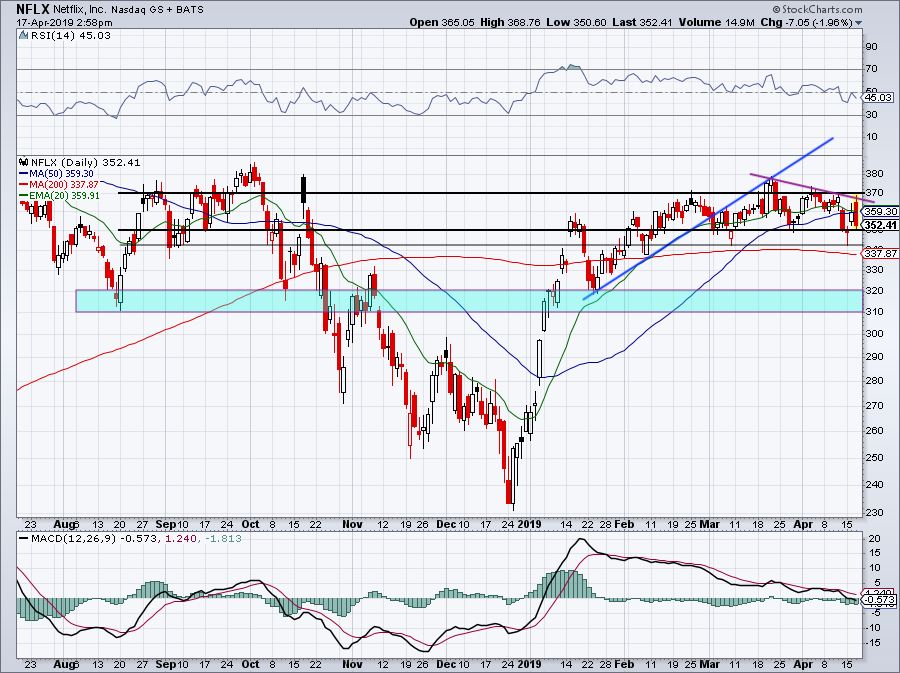 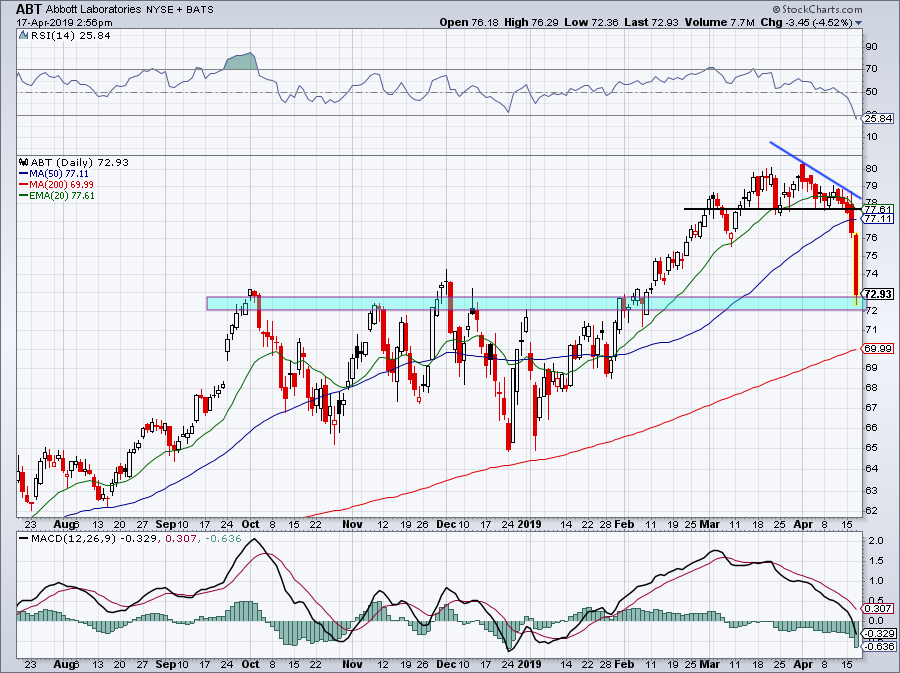 Shares of Abbott Labs (NYSE:ABT) are taking a bath on Wednesday, down over 4% and adding to its losses on Tuesday despite beating on earnings and revenue expectations.

It would be encouraging for bulls to hold this $72 to $73 level as support, given its former role as resistance. However, ABT may require a washout down to the 200-day moving average at $70.

The writing was on the wall with this one. Downtrend resistance (blue line) continued to grind ABT into support at $77.50 (black line). Once it broke on Tuesday, this one was a goner.

See how it handles current levels. If it can’t bounce, look for a 200-day test. 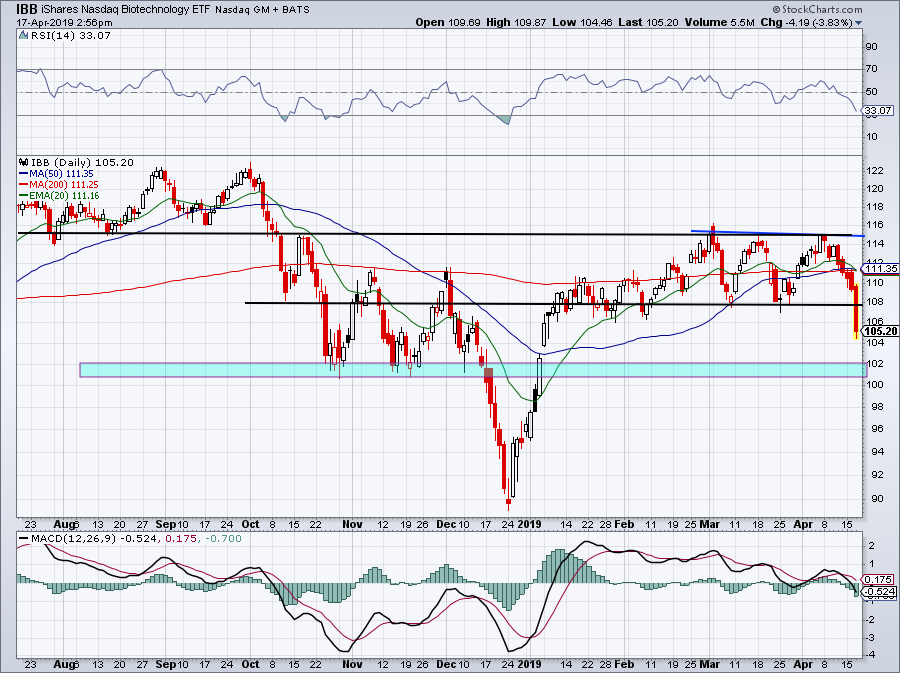 The biotech and healthcare space hasn’t been doing all that well and it shows on the iShares Biotech ETF (NASDAQ:IBB), which is down almost 4% on the day. 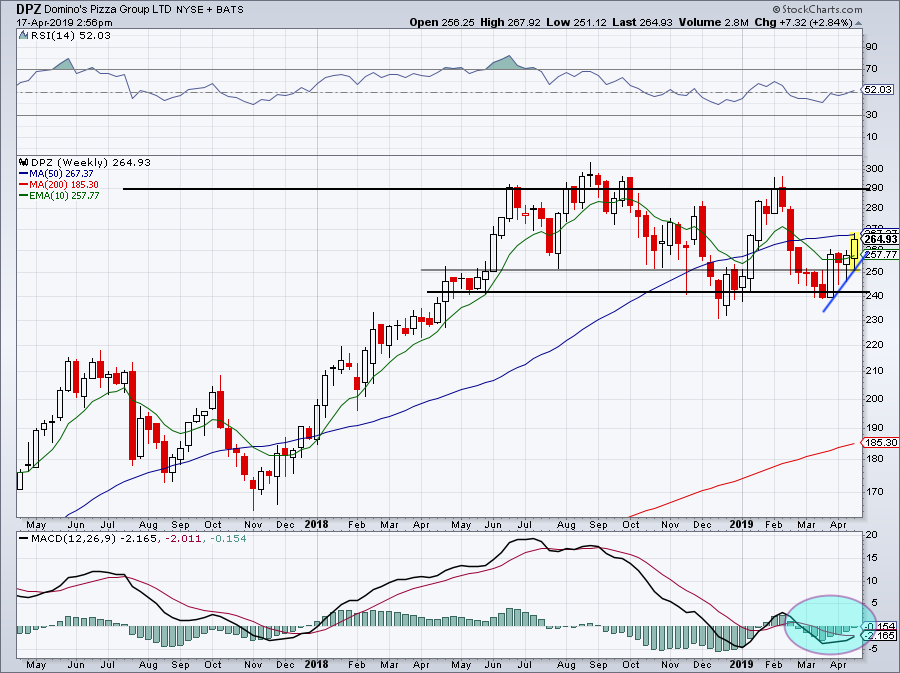 Domino’s Pizza (NYSE:DPZ) is doing well on Wednesday, up about 4% after an upgrade from Morgan Stanley.

Domino’s is putting in a series of higher lows and looks like it could be prepped for more upside. Some even say it’s too cheap. If DPZ goes on a run, see how it does with $290.

Goldman Cuts Yuan Forecasts on Renewed U.S.-China Tensions
The Future for Halliburton Stock Is Even Worse Than It Appears
Why Macy’s Stock Can Climb 70% Higher in 2020
AMD’s Growth Story May Come to an End Soon
Microsoft Stock Will Gain from Strong, Positive Catalysts