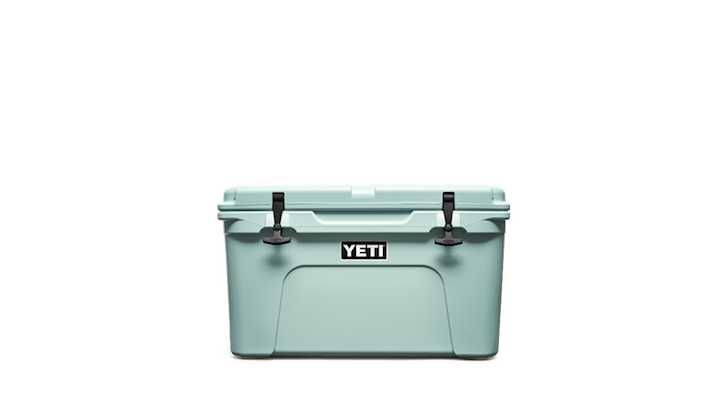 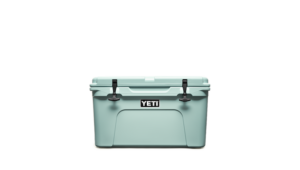 Those names aren’t necessarily a barometer of how all recent public offerings are going to unfurl, however. A closer, honest look at Yeti makes clear this new name isn’t caught in the same trappings the likes of Eventbrite, Lyft and even Snap (NYSE:SNAP) were.

Yeti is selling more than an idea that’s either late to the party or enjoys no barrier to entry. Yeti sells premium coolers and cups, and is turning a profit by doing so. Just don’t plan on getting married to Yeti stock.

You may know the company better than you think you know it. Yeti is the brand name behind insulated cups that can keep drinks hot or cold for a stunningly long period of time. The company aired television commercials several years ago, and reaped the benefit of being the first major high-end cooler and cup name to strike a chord with consumers.

The initial advertising and sales surge has since cooled, but not before making Yeti the most recognizable brand name in the camping and travel market.

Ready for a fresh round of funding to fuel its next wave of growth, the company went public with little fanfare in October of last year.

Given the spate of disappointing initial public offerings we’ve seen of late, it would be an easy name to ignore. Bolstering the case to skip a trade in YETI is the fact that it’s now doubled its October IPO price of $18, and could be setting up the typical post-IPO wave of selling.

We may not see that selloff take shape with this particular new issue though, for a couple of simple reasons.

Chief among them is the fact that Yeti is profitable. Not wildly so, but profitable all the same, and expected to become more profitable in the foreseeable future. Last year’s bottom line of 91 cents per share is expected to improve to $1.02 this year and swell to $1.24 per share of YETI stock next year, driven by sales growth forecasted to roll in just above 12% both of those years.

While few care to acknowledge it, the aforementioned Lyft, Eventbrite and Snap along with other ballyhooed-but-poorly-performing new public offerings like Blue Apron Holdings (NYSE:APRN) and Spotify Technology (NYSE:SPOT) are all struggling most likely because all those outfits are still booking losses.

Profitability too often is overlooked in writing about stocks, but many investors still ultimately care about the plausible promise of profits, looking past the story stock rhetoric.

The other reason Yeti has done what many other IPO’d stocks haven’t been able to accomplish of late is simpler. Though Yeti faces competition, little of that competition is in a position to enter the market and then dethrone the category leader. Yeti is estimated to control 90% of its market.

That’s in contrast with other newly-minted outfits. There’s little to no barrier to entry for Blue Apron’s meal kit arena. Facebook (NASDAQ:FB) was already synonymous with social networking before Snap’s Snapchat came to fruition. Uber is already the ride-sharing market leader.

Yeti didn’t have to rely on selling a dream to raise funds.

While as real as any company can be, Yeti Holdings isn’t exactly a buy-and-forget it kind of name. Though it can sidestep its usual post-IPO drubbing, its party won’t last forever.

Working against the company’s dominance is time, and enterprising players that have yet to mirror Yeti’s product lineup with similar products that are just as effectively marketed.

GoPro (NASDAQ:GPRO) is a prime example of what’s realistically in store for Yeti. It’s still the premier name in the action camera business since the company’s wares debuted in 2004, and few would-be rivals took notice of the budding sliver of the camera market until 2014, shortly after the company went public.

Once they did take notice though, they responded predictably. By 2015, there were more than enough good enough alternatives available to make life miserable for GoPro and its shareholders.

GoPro remains the category leader, but it’s ugly leadership. There was no real barrier to entry, but there was plenty of inspiration to enter the market once GoPro proved there was a viable market for action cameras.

Like action cameras, eventually, premium coolers and super-cups will become a commodity with a tenuous leader.

The Bottom Line on Yeti Stock

None of this should suggest YETI stock is immune to any sort of tumble either. Merited or not, any stock that’s doubled in value in six months is vulnerable to at least some level of profit-taking.

Be careful of treating Yeti like another Lyft or Blue Apron though. This isn’t a story stock that relies entirely on maintaining euphoric optimism among investors. This is a company that can stand on its results. Even if nobody’s saying it, they’re pricing in that reality. They’ll price in the inevitable slowdown when that time comes too. But, the time in between could be solidly rewarding.

Its May 2 earnings report should help round out the story to-date.