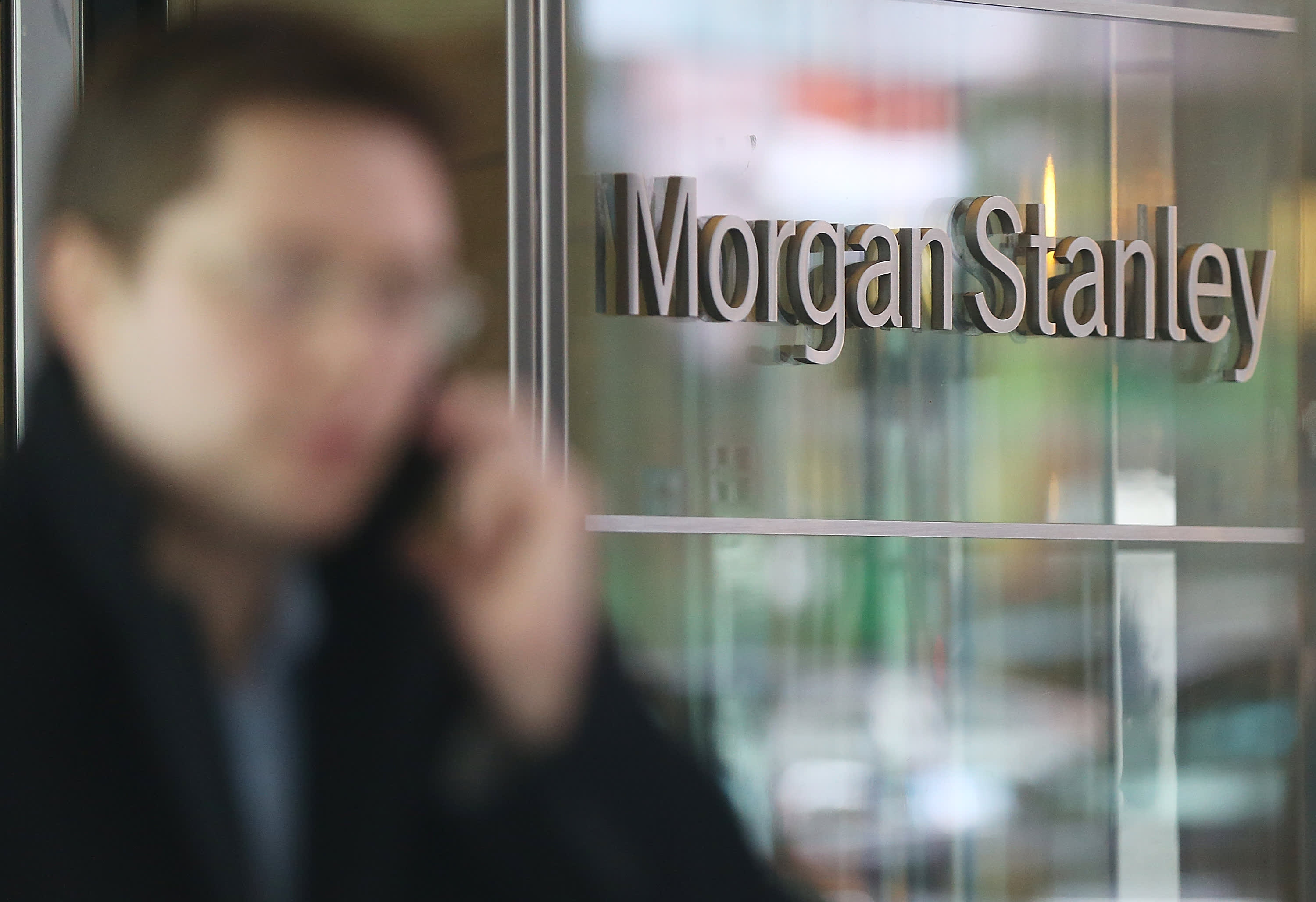 A pedestrian walks by Morgan Stanley headquarters in New York.

Check out the companies making headlines in midday trading.

Morgan Stanley — Morgan Stanley shares jumped more than 7% after the bank posted quarterly profit numbers that easily beat expectations. The company earned $1.30 per share on revenue of $10.86 billion. Analysts polled by Refinitiv expected a profit of 99 cents per share on sales of $9.72 billion. Morgan Stanley’s three big businesses — trading, wealth management and investment banking — all had larger-than-forecast revenue for the quarter.

Tesla — Stock of the electric car maker dropped more than 3% after an analyst at Morgan Stanley downgraded it to underweight from equal weight. “We think investors will be presented with more attractive opportunities to own the stock in the future,” the analyst said.

PPG Industries — PPG Industries dipped 2.8% after the paint maker reported disappointing quarterly earnings. PPG said it earned $1.31 per share in the fourth quarter, missing estimates by 3 cents, according to Refinitiv. Its quarterly revenue also came in below expectations.

Spirit Airlines — Shares of Spirit Airlines jumped nearly 7% after the low-cost carrier gave better-than-expected revenue guidance. The company said it estimates a 3.6% year-over-year decline in revenue, a smaller decrease from its previous forecast of a 4.5% drop.

Alcoa — Alcoa sank more than 9% in midday trading Thursday after the aluminum maker reported that fourth-quarter sales fell 27% in 2019 from the same time in 2018. CEO Roy Harvey said in a press release that the aluminum market “challenged us” as analysts worried about the impact of U.S. trade battles and sluggish industrial production.